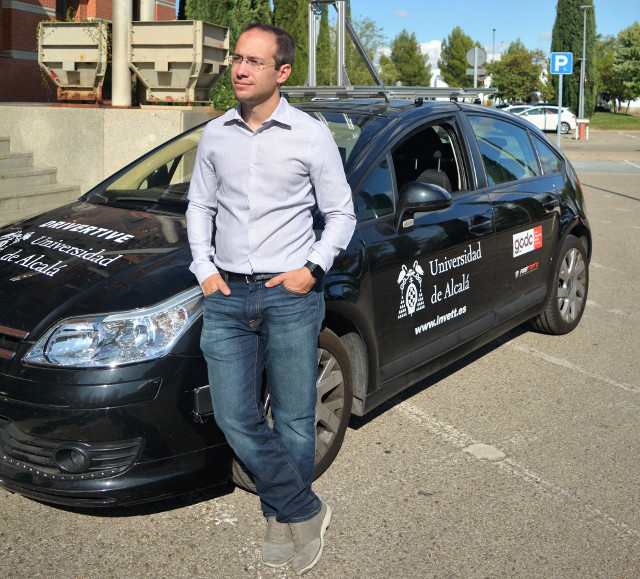 My research experience is focused on how to model the vehicle surroundings, using computer vision and LIDAR based approaches. In particular, my activity is connected to the vehicle localization problem, which is fundamental to safely navigate Intelligent Vehicles in areas shared with human drivers. The final purpose is to provide a reliable vehicle awareness with respect to the surrounding environment.

Towards this goal, in the last few years I developed a probabilistic framework for ego-vehicle localization called Road Layout Estimation framework. Its main contribution is the synergistic exploitation of heterogeneous sensing pipelines in order to produce accurate lane-level vehicle localization in both difficult urban contexts and highway scenarios. The framework has been tightly coupled with the OpenStreetMap service, allowing the integration of priors into the localization process.

I have participated and supervised the creation of the whole system as well as the development of the detection components. The system leverages the interaction with the road cartography, building facades and road intersections, proving also its localization versatility by detecting the vehicle ego-lane in highways contexts. Moreover, the research has revealed the possibility to detect from images the number of arms and configuration entering the junction. The achievements were verified using well-known datasets such as KITTI or, if feasible, using the university’s autonomous vehicle.

During the PhD program I attended the following courses and summer schools:

After the 4-years PhD period I worked as Research Associate in the Informatics and Robotics for Automation group (IRALAB) of the “Università degli Studi di Milano – Bicocca” in the following projects:

Participation in scientific projects and role in them